Playing as Fred your task is to discover new alien species and collect artifacts on abandoned planets. To get more species and artifacts you need to use the artifacts you already found to solve puzzles. The game takes place in a post apocalyptic universe. Fred just started working for a mysterious character named Dr. Bastion. He was hired to discover species on five planets. Fred can collect space acorns along his adventure. Space acorns can be spent at Scruffy's Shop for Adventurers. Scruffy sells new space ships and suits.

In order to download this game you must purchase it at or above the minimum price of $2.50 USD. You will get access to the following files:

I need help with 3 things:

1) How to get past the tricky flame in the tiny tunnel in Vulcan if we can't use the shield while we are miniaturized?

2) How to put the vertical pipe in the broken pipe which is covered by flames in Dihydrogen Monoxide Prime if we can't use the shield and the piece of pipe at the same time?

3) I can't find the last species in Rii-Gosa and I also wonder if there is something to do with the poop and with the round machine with a red button or if they are useless?

I originally made this way back in 2014, but if I remember correctly this is how they worked.

1) Use the fan and the levitation pad to get a teleporter in the tunnel.

2) Use crates and the levitation pad to block the flames.

3) Blow up the rocks below the round machine, and you'll see how to activate it.

Thanks for playing by the way!

I am disappointed at myself for not having tried to blow up the rocks in the tunnel under the machine, it was easy to solve. Since I already destroyed them with the laser gun to collect the acorns in the room behind in a previous exploration, I forgot the blocks that I was not able to destroy with the laser gun in the line under the ceiling and I paid no more attention to them on my next explorations on the planet.

I had thought of using the crates to block the flames but I tried to stack them on the ground, I didn't think of dropping them on the levitation pad to get them reach the ceiling, nice puzzle. ;-)

I actually thought of pushing a teleporter on the other side of the tiny tunnel with the fan but I tried to drop the fan on the ground, here again I didn't think of dropping it on the levitation pad to make it reach the ceiling, this is really the trickiest puzzle of the game. :-3

So the 3 only puzzles that I didn't solve on my own was because I paid no more attention to something that I noticed previously but forgot and not thinking of dropping tools on the levitation pad. :-3

And why is there a poop? I thought the last species that I was missing on Rii-Gosa was the one who dropped it but there was no such species so who dropped it actually?

Did you buy all the stuff in the store? I'll change the stats menu to show this on the next update. The poop does nothing. I just put it there, because I'm an idiot.

Wait what? I am supposed to buy everything in the store to complete the game? Really now? What is the point?

I think buying stuff shouldn't be necessary to complete a game, that feels so...pointless.

Hum... Excuse-me, but wouldn't it make more sense to update the game to make the shopping irrelevant in the game progress instead?

Also, that means that I didn't miss anything, I really did complete the game already.

I asked because I thought maybe the game was not over yet, maybe there was something more to do.

Why so? Because the mysterious Dr. Bastion congratulated Fred for having found every species and that's it, game over.

The player doesn't get to learn anything about why Dr. Bastion wanted so badly to reference species on 5 specific planets and so what was the point of the whole job, the game gives no feeling of achievement at the end, there is no story, no depth, no surprise, you said the game takes place in a post-apocalyptic universe but we don't get to learn anything about the story of this universe, you mentioned a war in the description of Samiar during which the planet was flooded but we don't learn anything more about it, why was there a war, how did it start, how long did it last, how long ago did it occur, the player learns nothing, the game just feels...pointless.

Don't misunderstand me here, please, I am not spitting on you, I am merely expressing how I feel about the game.

A fun gameplay alone is not enough for an adventure game. Games which are all about having fun are arcade games, games whose only purpose is to reach the highest score possible. An adventure has to have a story, a story about the universe where the adventure takes place, the background, the characters involved, their purpose, I really expected to learn more about the game's universe, its history, about the war that you mentioned, get to know more about this mysterious Dr. Bastion, who is he really, what is his purpose when hiring an explorer to find species on 5 specific planets, who were the previous explorers who left tools on Planet 1, what were they looking for, since you told that Planet 1 was the home planet of the first species in the universe who explored the universe and created other species because they didn't find any, I was expecting to find the remains of this first civilization of the universe in the depths of Planet 1, and I even thought maybe this was the true purpose of the job, to find the lost first civilization of the universe, I imagined that the game would reach its conclusion in the depths of Planet 1 with a final discovery.

Actually, the game reaches no conclusion at all, it feels...incomplete. And unsatisfying, as I explained.

So may I suggest you to use my feedback to improve the game and makes it feel more complete and satisfying?

So the poop is there only to mess with the player? It has no point at all? Then why don't you make it meaningful by using it to find a new species? ;-)

Thanks for the feedback! I'm sorry the story is pretty incomplete. Both buying stuff in the store and collecting all the space acorns is just for completionist players. I released this game over 5 years ago, so I wont be doing something as big as redoing the story in future updates. This was the first game I released when I was still in high-school, so I'm trying to move on. Again, thinks for all the feedback! I'll at least use it on any future games like this. 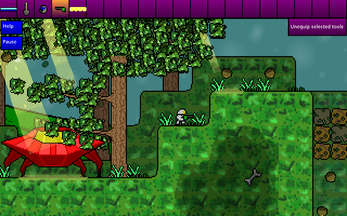 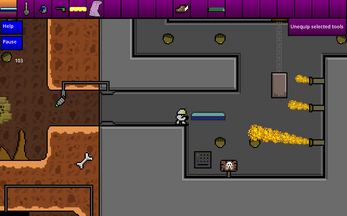 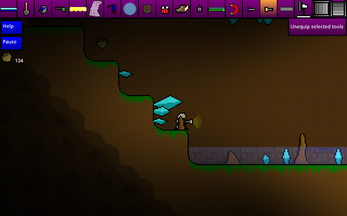 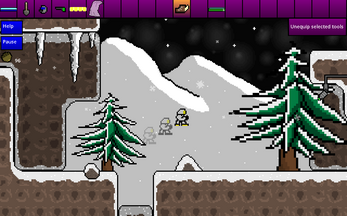 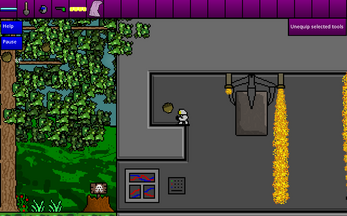 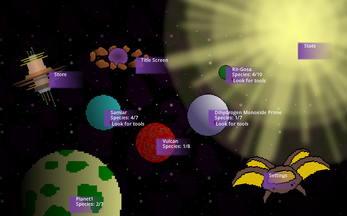